What do railroad volunteers at Prairie Village do for fun when they get a break from cleaning flues, conducting tours and working on tracks and equipment? They ride the motorcars! 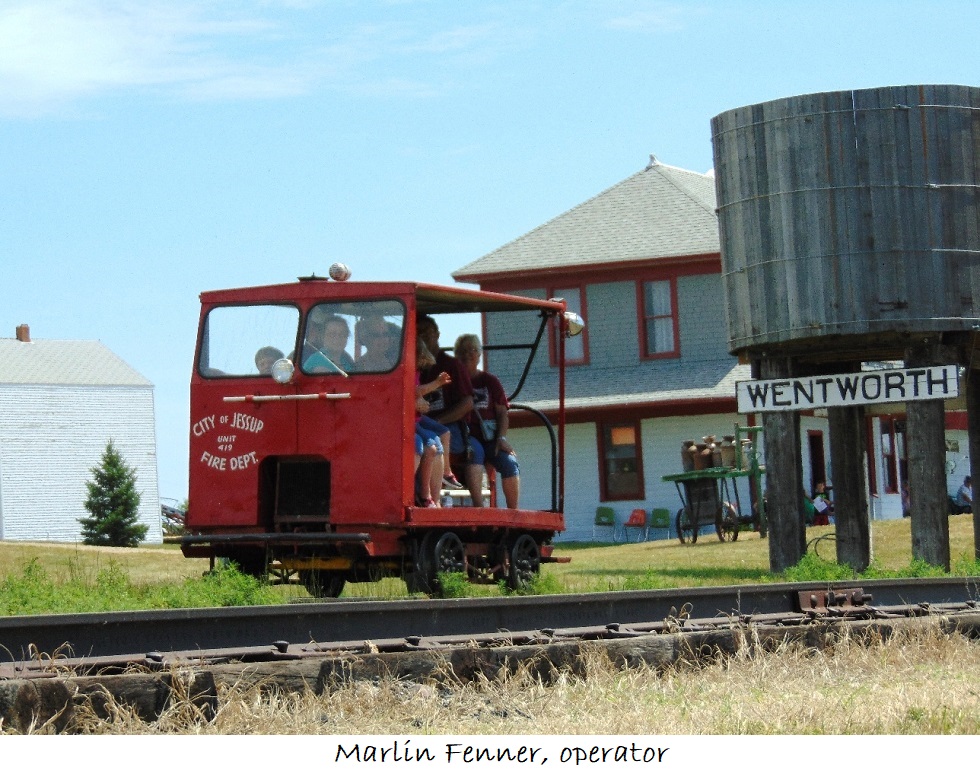 These handy-dandy, fun, little vehicles originally had a utilitarian purpose. They were used to ferry men and supplies up and down the track to where work needed to be done. Small and open to the air, some have roofs. What they all have in common is that they are small, light and sit closer to the ground than train cars and locomotives.
Motor cars are sometimes known as speeders for how they seem to zip along a track. It’s thrilling to feel like you’re flying along, the wind in your hair. Motor cars with one-stroke engines are known as “putt-putts” because of the sound they make as they chug along. They’re a totally different experience than operating or riding on the train. 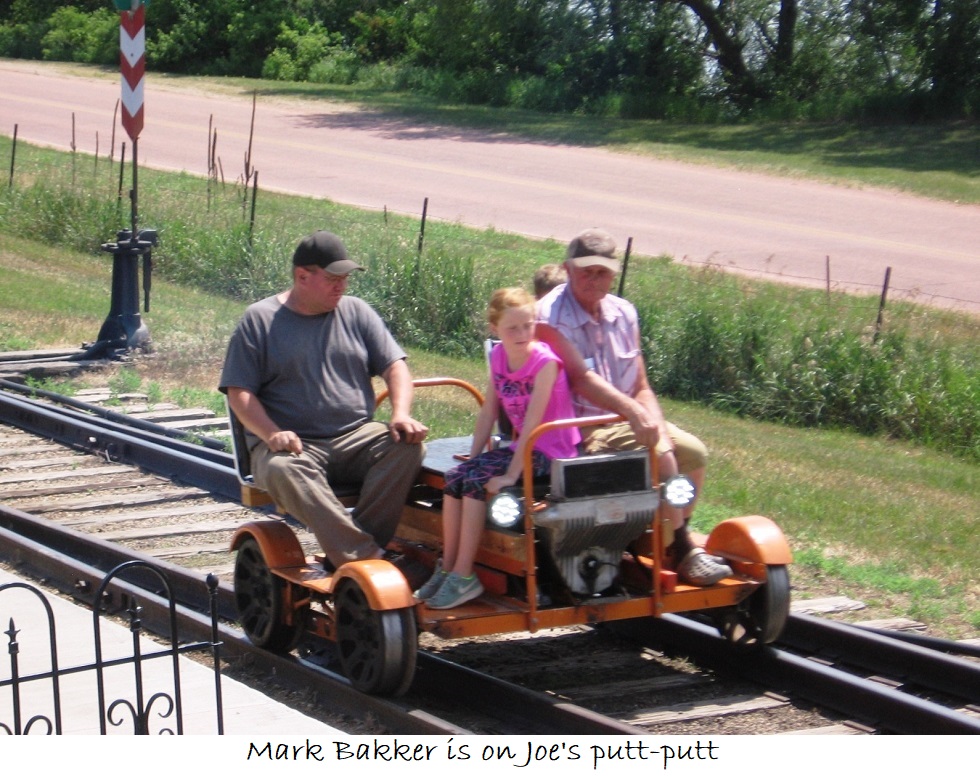 Motor cars are quicker to get up and running and easier to operate than locomotives. “Motor cars,” Prairie Village’s railroad committee chairman Janice Fenner explains, “Are just fun!” Whether riding on the single-stroke putt-putt that had belonged to one of Prairie Village’s founders, a vehicle previously belonging to a fire department or the US Army’s Kalamazoo, a two-car conveyance, motor cars get riders closer to nature and the feel of the rails. On the rare occasions when Village railroad volunteers want to play, motor cars are the perfect option. 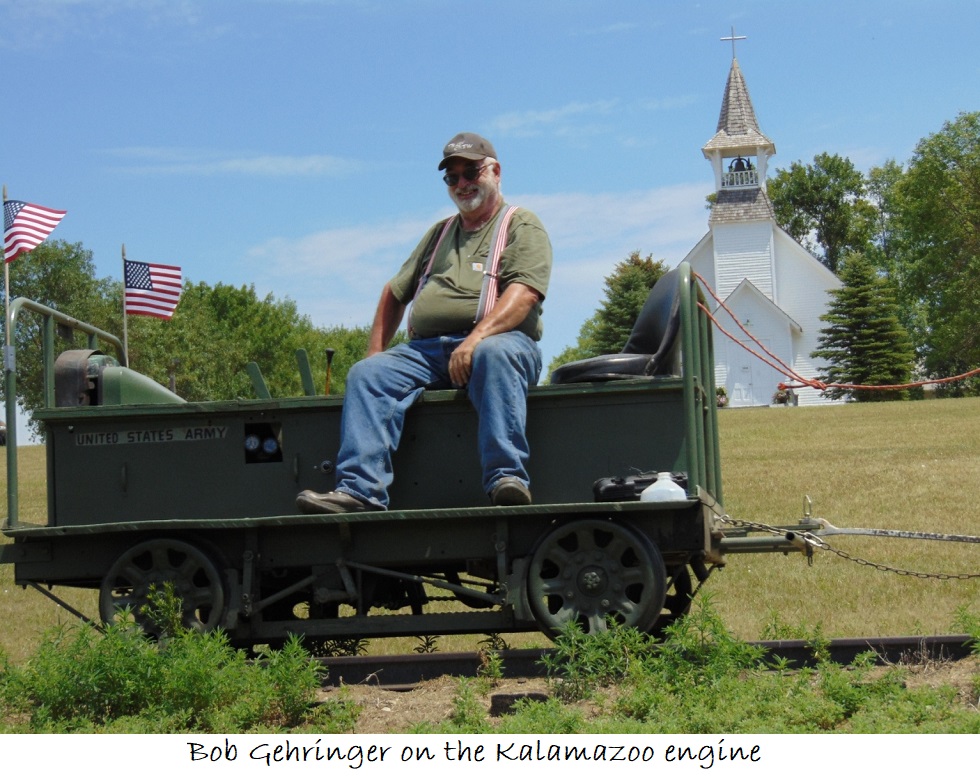 They are also options for visitors to the Village who want nothing between their heads and the bright sky during Prairie Village’s Railroad Days and the Jamboree. If you want something different after riding the train and Doodlebug try the freedom of the motor cars. It’s fun you can’t experience just anywhere.