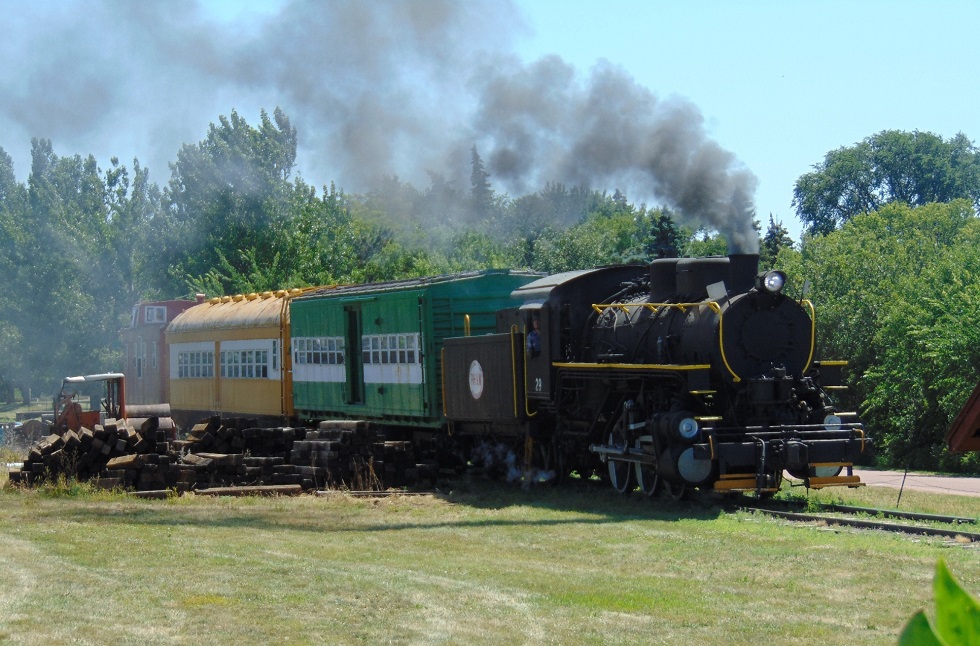 Sometimes the only way to get a job done is to get down and dirty. This is something the train crew at Prairie Village knows very well. It takes more than flipping a switch or manning the controls to keep the Prairie Village, Herman & Milwaukee Railroad running.
Track work is one of the basic, vital jobs in keeping the railroad running. Dirt is dug out by hand from between ties In order for the rails to be lifted. New ties are put in place and leveled before ballast, the rock used to form a stable road bed, is put in place. A skid steer is used to haul the ballast but smoothing it out after it has been dumped in place is done with shovels wielded by the crew. It’s not easy work and it’s not clean but there is satisfaction in knowing that by even moving one shovelful of dirt that you are making a difference.
Maintaining any of the PVH&M rolling stock—locomotives, cars, motor cars and Doodlebug—is an ongoing, often messy, project.
When a single-stroke, “putt-putt” motorcar won’t make it up a grade at Prairie Village, a machine isn’t called in to haul the motorcar farther along. It’s the operators like Mark Bakker running the vehicle who get off and push, sometimes under a broiling sun, until it picks up speed. Then he hops back on and continues.
One of the dirtiest jobs, and the most coveted, is working on #29, the steam locomotive, when it is being run around the track. Shoveling coal isn’t everyone’s idea of a good time but you will rarely see bigger smiles for jobs well done.
Less glamorous is the task of cleaning the firebox and flues of the steam locomotive, a job that has to be done when the engine is stone cold. It’s a necessary, filthy job that leaves soot on skin and clothes that takes days to wash completely away. At the end of a recent cleaning, though, the three volunteers—Pat Routier, Bill Nolan and Marlin Fenner—had huge smiles like three little boys who had done something they were sure their mothers wouldn’t be so happy with on their begrimed, sooty faces.
The all-volunteer crew does it all in the name of safety and because railroading is a fascination that gets into their blood and won’t let go. Even when they’re doing some messy, tedious, time-consuming job, it’s still a break from their normal jobs, a kind of sometimes-frustrating play.
Joseph Conrad wrote, “I don’t like work—no man does—but I like what is in the work—the chance to find yourself. Your own reality—for yourself, not for others—what no other man can ever know.” Working on the railroad at Prairie Village does all of that and more. It makes dreams come true for both the workers and those who enjoy the rides. 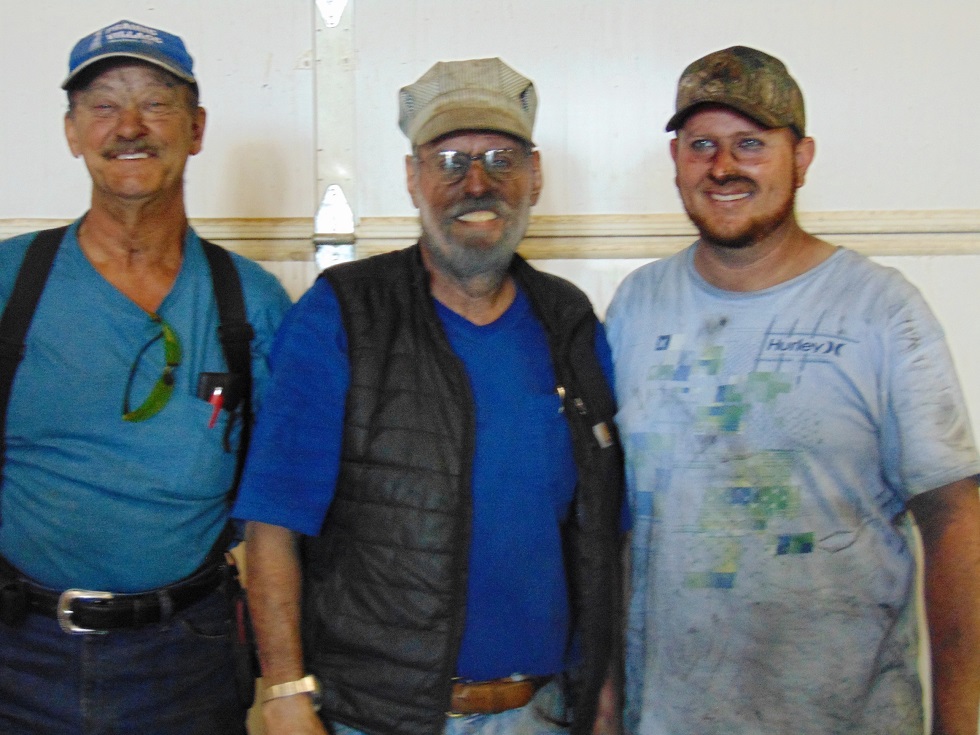