Steam engine to be operating at Jamboree 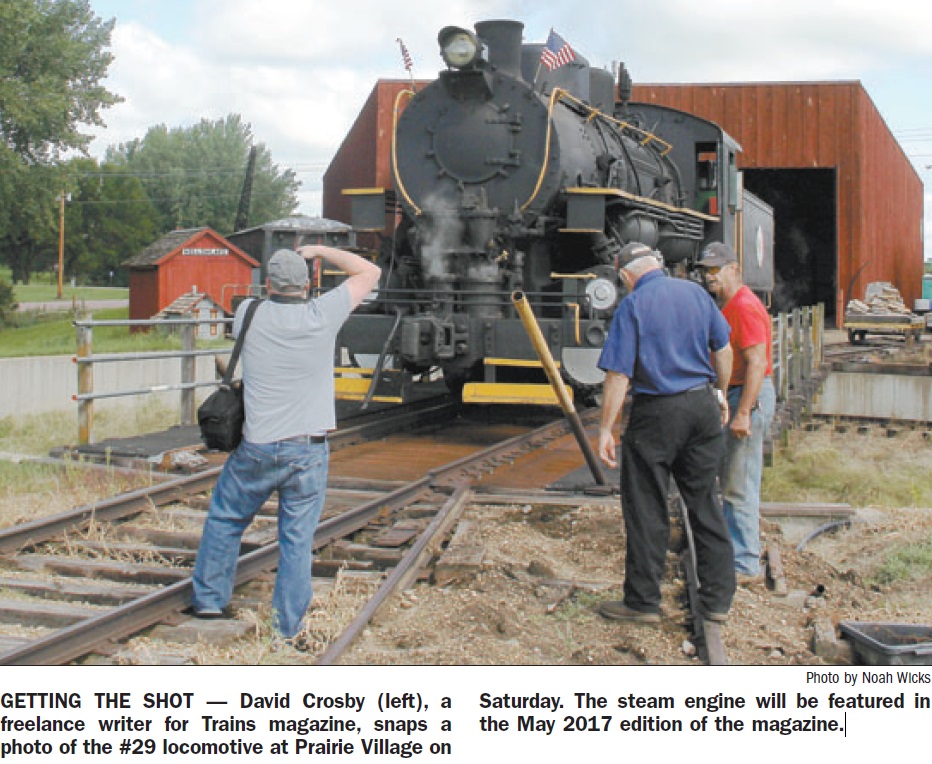 The old #29 steam locomotive has been drawing people to its home at Prairie Village for years. But on Saturday it greeted David Crosby, a freelance writer for Trains magazine. 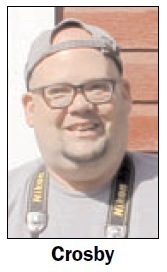 In fact, covering the steam engine at the village was “unfinished business” for Crosby. He had been here 10 years ago, but the weather was so stormy that he was forced to leave after about five minutes.
When he and the Trains magazine editor started talking about doing articles on steam train shows, he knew Prairie Village was the place to visit.
According to Crosby, there are many steam shows in the U.S., but only about a dozen with railroads attached to them. His belief is that the largest one is located at Prairie Village.
He spent most of Saturday at the village, photographing the 77-ton steam engine, talking with the railroad crew and Prairie Village staff and taking a ride on the Prairie Village, Herman and Milwaukee Railroad.
He also got a personal tour of the village from board member Laura Palmer.
“They really rolled out the red carpet for me,” Crosby said.
He also said that he was “blown away by the village” and the history kept there, but it was the train that drew him to the village on his vacation.
Crosby is from Scranton, Pa., and has been working fulltime for the railroad for about 20 years. His first job was working on a steam engine, #26, at a railroad museum — an engine not unlike #29.
According to Crosby, seeing #29 “is like coming home.”
Now he works doing what he describes as air traffic control for trains.
Crosby was not the only one attracted to Prairie Village that day to see the steam trains. Rod McKenney from Canton came for a weekend get-away because he knew the village had a steam engine.       McKenney developed his love for trains growing up by the railroad, back when he said “engineers were friendlier.”
He also remembered the 1976 Freedom Train, a 26-car
train that carried more than 500 Americana artifacts, including the Declaration of Independence and the Bill of Rights, in honor of America’s Bicentennial. The Freedom Train made stops in all 48 states from April 4, 1975, to Dec. 31, 1976.
“When steam died, the love of trains died,” McKenney said, but he believes that because of places like Prairie Village, the love of trains is coming back.
Crosby agreed that the romance or mystique of trains has diminished over the years, but it’s not gone.
“The railroads are still healthy, they still move more freight than ever,” he said. “Ask people to envision the picture of a train in their head and #29 is what people think of.”
Trains magazine is based out of Milwaukee, Wis., with a circulation of about 100,000 worldwide, Crosby said. The #29 will be highlighted in the May 2017 edition.
Volunteers plan to operate #29 on Friday and Saturday for Prairie Village Steam Threshing Jamboree.